August 04, 2017
Colossians 3:21 says, “Fathers, do not exasperate your children, so that they won’t become discouraged.”

Commentator William Barclay wrote, “There is always a problem in the relationship of parent and child.  If the parent is too easy-going, the child will grow up undisciplined and unfit to face life.  But there is a contrary danger.  The more conscientious a parent is, the more he is likely always to be correcting and rebuking the child.  Simply because he wishes the child to do well, he is always on his top.  The danger of all this is that the child may become discouraged.  The duty of the parent is discipline, but it is also encouragement.  The better a parent is the more he must avoid the danger of discouraging his child, for he must give discipline and encouragement in equal parts.”

Bible scholar F.F. Bruce wrote, “Fathers are enjoined not to irritate their children lest they lose heart and come to think that it is useless trying to please their parents.  Let parents see to it that they deserve obedience:  and more than this, that they make obedience easy.”

So how can we make sure that we don’t treat our kids in a way that causes them to give up trying to do what is right and wise?  We can start by avoiding these nine pitfalls.

First, avoid all insults.  This includes abusive language, cutting remarks and name-calling that diminishes your child’s worth, belittles them, and hurts their feelings.  Calling your child names like, “Stupid, idiot, dumby, worthless, loser, fatso, lazy, ugly, problem child, slut,” and the like can damage a child’s self-esteem for life.  There’s no place for that in a godly home.

Second, avoid hypocrisy.  There are two ways that hypocrisy discourages and aggravates our children.  First, when we expect or demand that they do as we say and not as we do.  And second, when we live an inconsistent lifestyle – acting holy and kind when we’re in front of our church friends but acting totally different when we’re at home.

Third, avoid over-correction.  This takes the form of constant fault-finding, nit-picking, and nagging.  You’re always on your child’s case about something.  “Stop that.  Don’t do that.  Don’t touch.  Get your elbows off the table.  Don’t talk with your mouth full.  Don’t yell.  Don’t run.  Lower your voice.  Stop complaining.”  Correct, but don’t over-correct.

Fifth, avoid favoritism.  This is obviously for families with multiple children.  Children are created with a sense of fairness and justice.  They intuitively recognize it when you are being unfair or unjust, and they will come to resent you for it.

Seventh, avoid selfishness.  By selfishness I mean pushing your child to perform, either academically, athletically, behaviorally, or in any other way for the purpose of making you look and feel good.  In other words, you’re not pushing your child for their benefit, but for yours.  You’re not doing what’s best for your child, you’re doing what’s best for you.  You want your child to succeed because it will make you look good and feel good as a parent.  Your children will eventually pick up on this and come to resent you for it.

Eighth, avoid unfaithfulness.  By unfaithfulness I mean breaking your word; telling your child you will do something with or for them, and then not following through.  Perhaps nothing is more discouraging and aggravating to a child than when a parent says they will play ball, or help with homework, or go to their game, or take them to the movies, and then fails to follow through.

Ninth, avoid severity.  By severity I mean raising your voice and yelling at your kids or becoming physically violent with them.  Severity is always the result of letting your anger get the best of you.  This sends a message to your kids that they are worthless, and that you hate them, and this will cause them to become discouraged and give up.  As well, you are teaching them to handle their problems in the same way.  You are teaching them that if they ever have a problem with someone, whether at school, at work, or even in the family, the way to handle it is to yell and scream and get physical.
Parenting

Popular posts from this blog 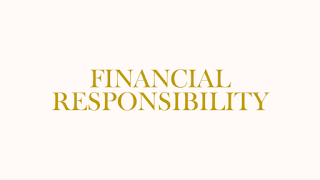 Proverbs 21:20 (TLB) “The wise man saves for the future, but the foolish man spends whatever he gets.”

Kristen Tate wrote an article on Sunday for The Hill called "Coronavirus reveals financial irresponsibility of Americans."  She said, "How long could you sustain your household if you were to stop earning income? If you are like most Americans, the answer is not for long. Only 40 percent of Americans can afford an unexpected $1,000 expense with their savings. In fact, nearly 80 percent of workers are living paycheck to paycheck. It is no surprise that the probability of an economic recession brought on by the coronavirus pandemic caused many to worry." 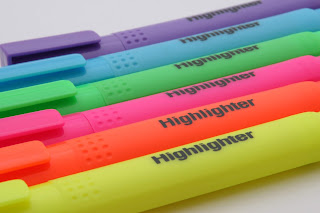 When I read the Bible in my daily quiet time I like to use highlighters.  Highlighting helps me to remember the verses that jump out at me, and it helps me to apply the Bible to my life.

I use four different colors:  Blue, pink, yellow, and green.

I also recommend that you use gel highlighters rather than markers.  Markers will bleed through the page.  You can usually find good gel highlighters at Walmart in the office supplies department.

Blue:  Use blue whenever you come across a truth to believe.

Pink:  Use pink whenever you see a sin or error to avoid.

Yellow:  Use yellow when you see a promise to claim.

Green:  Use green when you see a command to obey or an example to follow.

If you happen to use a Bible app like Bible Gateway or YouVersion, then you can use the same system, because they have all the highlighter colors that you need.
Read more

Five Facts About The T.I.T.H.E. 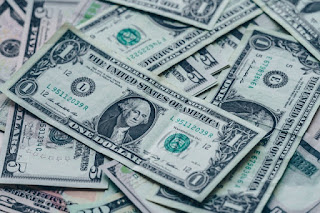 Many Christians are unfamiliar with the Bible's teaching on tithing.  It can be summarized with five facts.
T -- Ten percent.  The word "tithe" means a tenth.  A tithe is not merely a donation of any amount to the church.  It is a donation of a specific amount to the church -- the first ten percent of your income.  This is a command for all Christians.  Malachi 3:10 "Bring the full tenth into the storehouse so that there may be food in my house. Test me in this way,” says the Lord of Armies. “See if I will not open the floodgates of heaven and pour out a blessing for you without measure."
I -- Invest in God's work.  The primary purpose of the tithe is to fund God's work through the local church.  Christ loves the church, died for the church, cares for the church, and is building the church.  The church is His body and bride.  It is God's primary means of accomplishing world redemption.  1 Corinthians 9:14 "In the same way, the Lord has commanded…
Read more 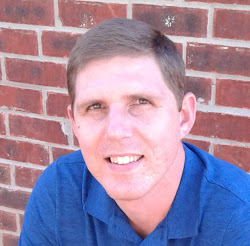